On this day 10 years ago I launched the Ruby Toolbox. When I built the original site I definetely did not think this funny little idea of mine would still be useful to people ten years later, but here we are :) 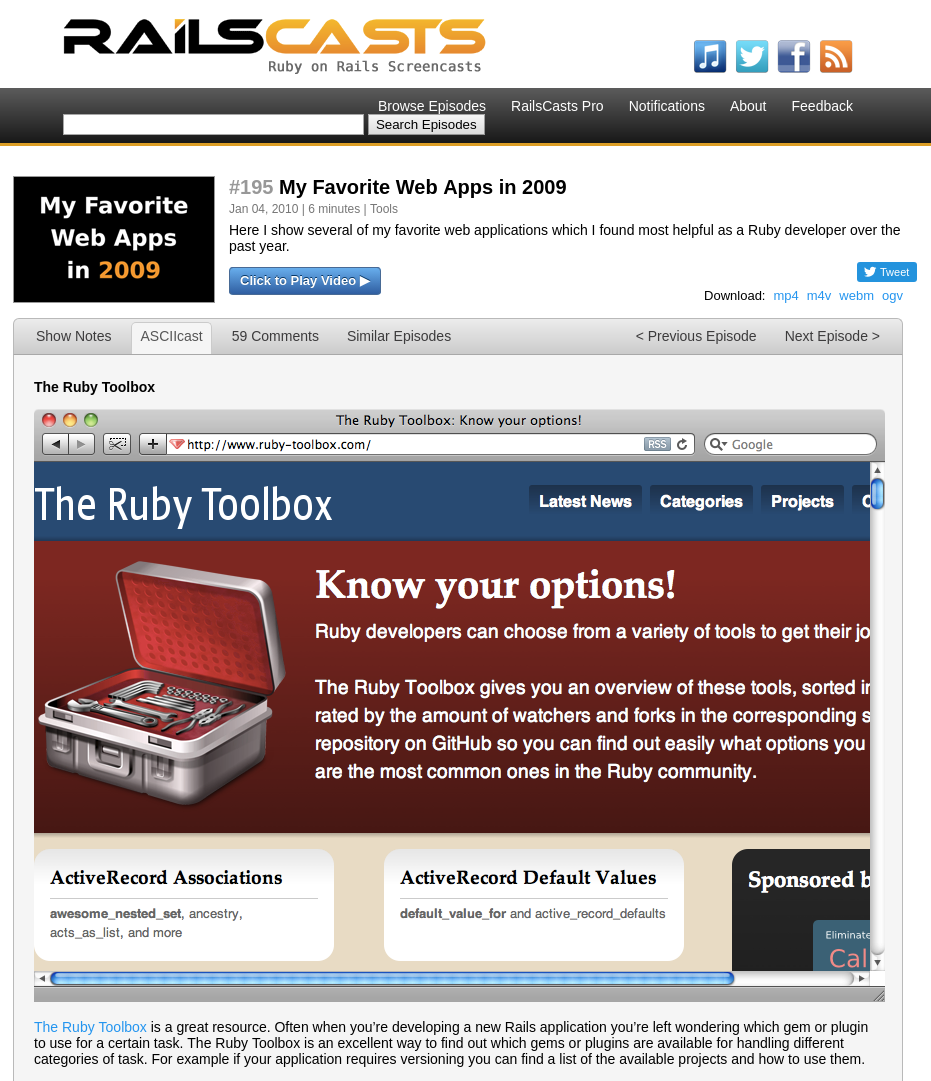 Shortly after the release I went to RailsConf 2009, told people about it and from there on the site started to gain popularity in the community pretty quickly.

If you'd like to hear a bit more about the Ruby Toolbox's history I spoke a bit about this with Brittany Martin last year during my appearance on the Ruby on Rails Podcast.

I'm very proud I could add a tiny little piece to the wonderful Ruby ecosystem - thanks to all the people I've had the pleasure to meet and talk about the Toolbox (and a million other things) over the years, thanks to everyone making Ruby such a fantastic community to be a part of, and last but not least thanks to Ruby Together for their support of my recent work, without which the site would likely not exist anymore!