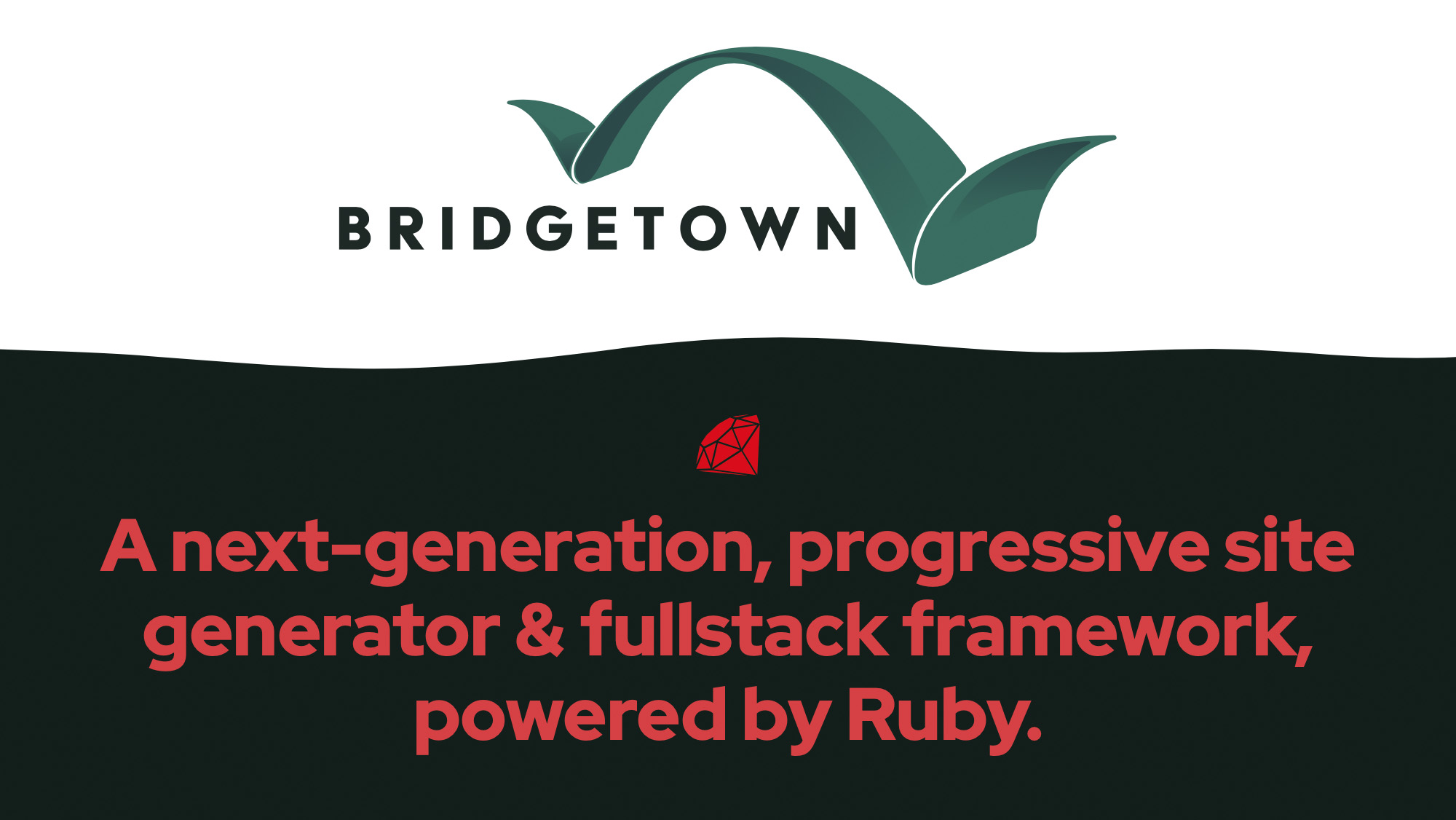 Bridgetown is a Webpack-aware, Ruby-powered static site generator for the modern Jamstack era. Bridgetown takes your content, API data, and frontend assets; renders templates in Markdown, Liquid, ERB, and many other formats; and exports a complete website ready to be served by fast Jamstack services like Vercel or Render or traditional web servers like Caddy or Nginx.

Special Thanks to Our Founding Members! 🙏 🎉

Say howdy 👋 to our growing list of the first twenty sponsors of Bridgetown on GitHub. You too can join this list and sponsor Bridgetown!

Bridgetown development is spearheaded by Portland-based web studio Whitefusion. Contact us if you need commercial support for your Bridgetown content strategy, site design, or deployment. Also providing commercial support: Radioactive Toy based in the UK.

Get Up to Speed

If you'd like to hack away on Bridgetown directly, you'll need to clone this repo and ensure the test suite passes. Note that this is a "monorepo", meaning that multiple Rubygem codebases are stored within a single repo.

After making changes in bridgetown-core, if you want to run a single unit test, you can use the command:

If you are only updating a Cucumber .feature file, you can use the command:

Both script/test and script/cucumber can be run without arguments to run its entire respective suite.

To switch one of your website repos to using the local gem, add the local gem path to the site's Gemfile as follows:

If you don't find the answer to your problem in our docs, ask the community for help.

In order to have a more open and welcoming community, Bridgetown adheres to a code of conduct adapted from the Contributor Covenant.

Please adhere to this code of conduct in any interactions you have in the Bridgetown community. It is strictly enforced on all official Bridgetown repositories, websites, and resources. If you encounter someone violating these terms, please let one of our core team members know and we will address it as soon as possible.

Bridgetown is built by:

Interested in joining the Bridgetown Core Team? Send a DM to Jared in Discord and let's chat!

The gem is available as open source under the terms of the MIT LICENSE file.