werf is an Open Source CLI tool written in Go, designed to simplify and speed up the delivery of applications. To use it, you need to describe the configuration of your application (in other words, how to build and deploy it to Kubernetes) and store it in a Git repo — the latter acts as a single source of truth. In short, that's what we call GitOps today.

werf is not a complete CI/CD solution, but a tool for creating pipelines that can be embedded into any existing CI/CD system. It literally "connects the dots" to bring these practices into your application. We consider it a new generation of high-level CI/CD tools. 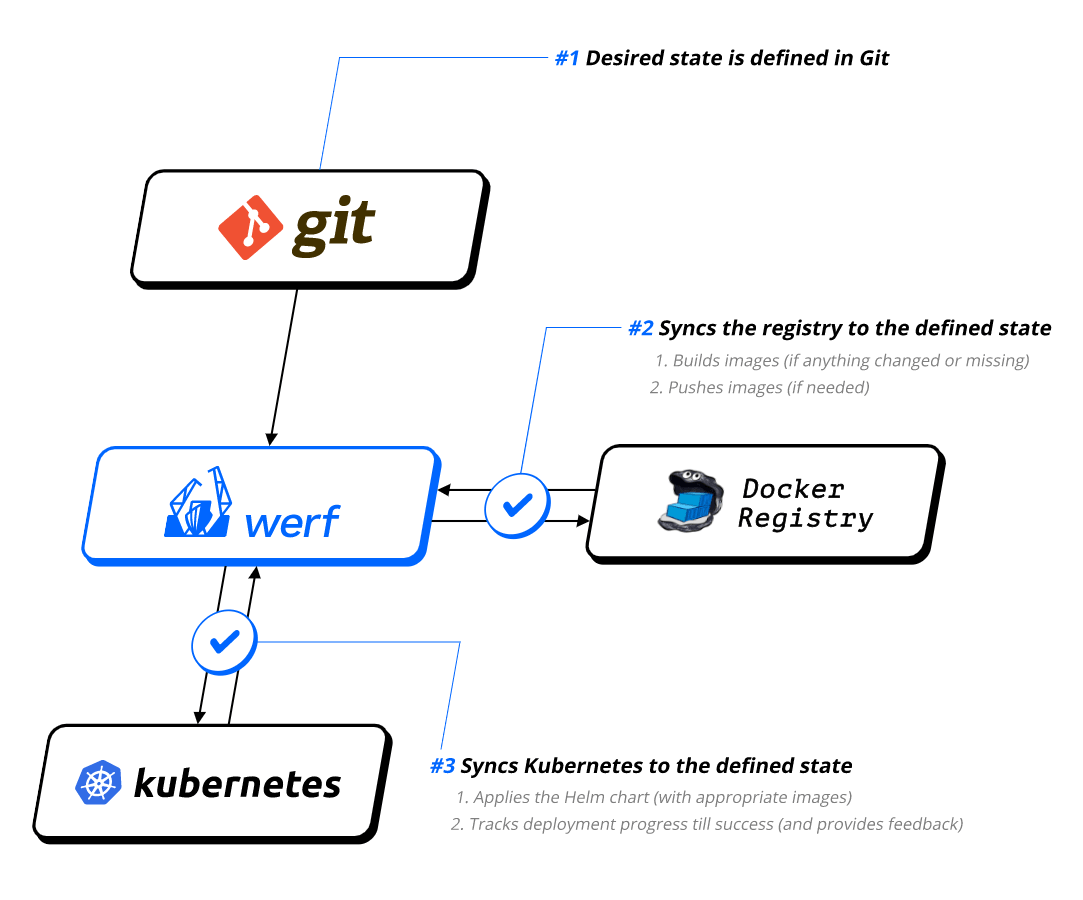 werf is a mature, reliable tool you can trust. Read about release channels.

Many guides are provided for developers to quickly deploy apps to Kubernetes using werf.

Please feel free to reach developers/maintainers and users via GitHub Discussions for any questions regarding werf.

Your issues are processed carefully if posted to issues at GitHub.

You're also welcome to: