Jinda use the following technologies: 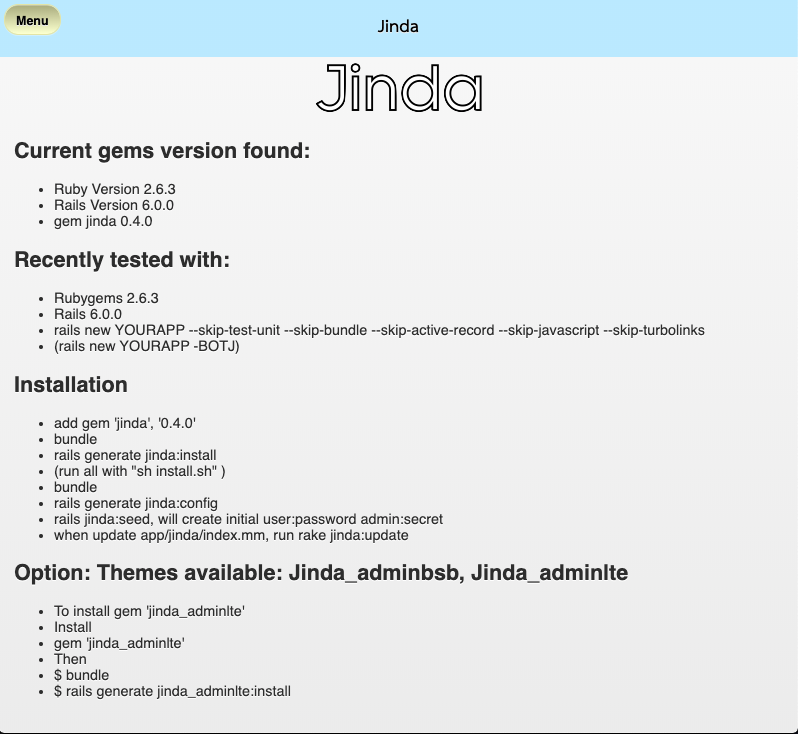 These versions works for sure but others may do.

Add jinda to your Gemfile:

For Development (most updated)

depend on your operating system, you may need to uncomment 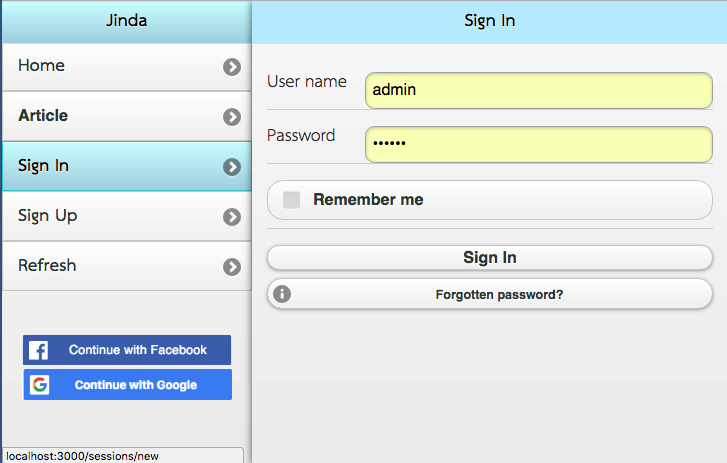 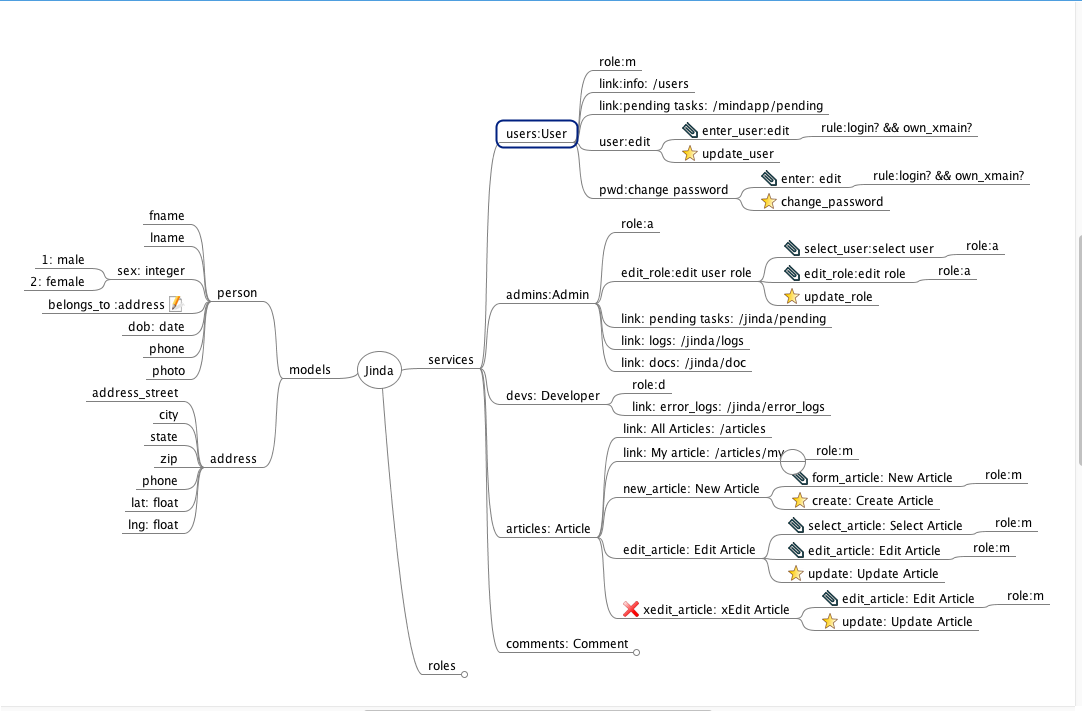 The 3 main branches are

Fiirst, we need to create some product so we click on models we'll see 2 models person and address. These are sample only. You can delete them or modify them however you want. We'll take a look at them first 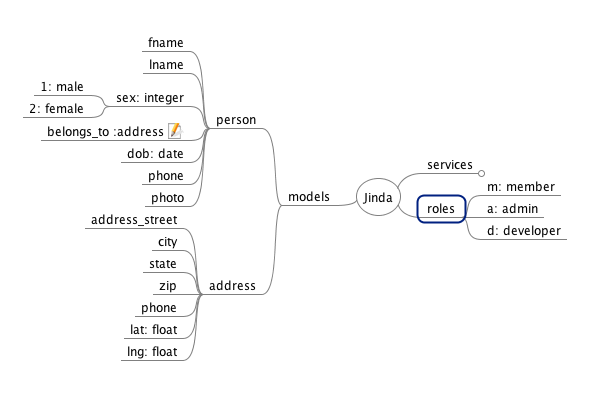 The first sub branch (e.g. person) is the model name. According to Rails convention, this should be a singular word. The next sub branch are columns in the database. Let's take a look at each:

In this example we just want a product model, so delete the person and address model and add a product branch like so 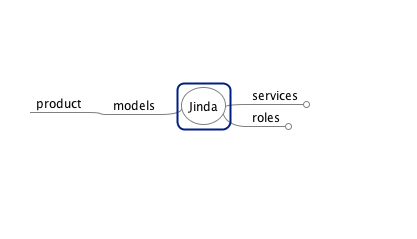 Save the mind map then run:

This will create file app/models/product.rb. In this file, note the comment lines # jinda begin and # jinda end. Everything inside these comments will get overwritten when you change the models branch in the mind map so if you need to put anything inside here, use the mind map instead. You can add anything outside these comment lines which will be preserved when doing jinda:update.

Next we'll add some product into the database, we'll first take a look at the services branch, which already has 3 sub branches; users, admins, and devs. Unlike models person and address branches, these branches are actively used by the system so I recommend that you leave them alone. Let's open the users branch

The text users:User on the sub branch has these implications:

The next sub branches has the following:

Armed with this knowledge, we are ready to add new product into our application like so:

open file app/views/products/add/enter.html.erb you'll see some sample view already in there but commented. edit the file so it look like this

Note that we do not specify form_tag and submit_tag, these will be supplied by Jinda.

then open file app/controllers/products_controller.rb and add create method as follow. The method name has to be correspond to the bookmark branch. 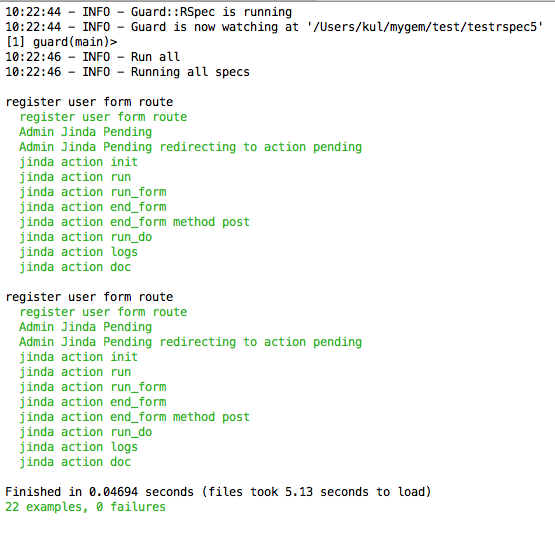