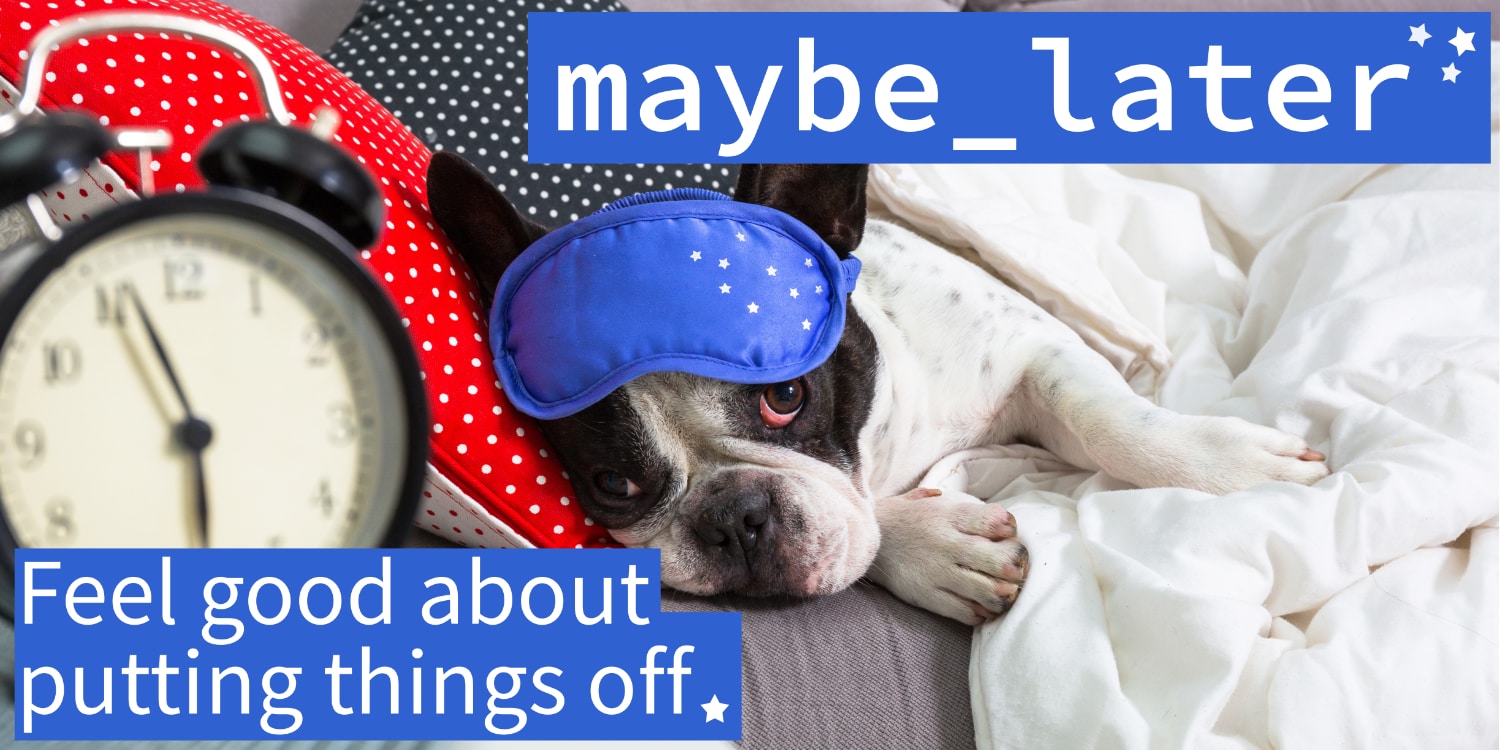 maybe_later - get slow code out of your users' way

Maybe you've been in this situation: you want to call some Ruby while responding to an HTTP request, but it's a time-consuming operation, its outcome won't impact the response you send, and naively invoking it will result in a slower page load or API response for your users.

In almost all cases like this, Rubyists will reach for a job queue. And that's usually the right answer! But for relatively trivial tasks—cases where the only reason you want to defer execution is a faster page load—creating a new job class and scheduling the work onto a queuing system can feel like overkill.

If this resonates with you, the maybe_later gem might be the best way to run that code for you (eventually).

⚠️ If the name maybe_later didn't make it clear, this gem does nothing to ensure that your after-action callbacks actually run. If the code you're calling is very important, use sidekiq or something! ⚠️

Add the gem to your Gemfile:

If you're using Rails, the gem's middleware will be registered automatically. If you're not using Rails but are using a rack-based server that supports env["rack.after_reply"] (which includes puma and unicorn), just add use MaybeLater::Middleware to your config.ru file.

Using the gem is pretty straightforward, just pass the code you want to run to MaybeLater.run as a block:

Each block passed to MaybeLater.run will be run after the HTTP response is sent.

If the code you're calling needs to be executed in the same thread that's handling the HTTP request, you can pass inline: true:

And your code will be run right after the HTTP response is sent. Additionally, if there are any inline tasks to be run, the response will include a "Connection: close header so that the browser doesn't sit waiting on its connection while the web thread executes the deferred code.

[Warning about inline: running slow inline tasks runs the risk of saturating the server's available threads listening for connections, effectively shifting the slowness of one request onto later ones!]

Help! Why isn't my code running?

If the blocks you pass to MaybeLater.run aren't running, possible explanations include:

The idea for this gem was triggered by this tweet in reply to this question. Also, many thanks to Matthew Draper for answering a bunch of questions I had while implementing this.

This project follows Test Double's code of conduct for all community interactions, including (but not limited to) one-on-one communications, public posts/comments, code reviews, pull requests, and GitHub issues. If violations occur, Test Double will take any action they deem appropriate for the infraction, up to and including blocking a user from the organization's repositories.