A Ruby toolkit to create your own text based DnD 5th Edition RPG games or to quickly test drive certain creature encounters if you are a DM.

Add this line to your application's Gemfile if you plan to use the game engine in an adventure of your own otherwise you can just clone this repository locally using git clone:

To quickly try this out, clone this repository, in the working folder start the game engine it will load the default adventure included in this repository:

See below for a description of the adventure

The default adventure in this story is meant to showcase the game engine, it contains a small dungeon with doors and traps as well as goblins and a dangerous owlbear. you are to lead a party of 2 to steal the treasure behind one of those doors.

You can find the adventure specific files in the following locations:

These are all text readable for you to customize to your liking. 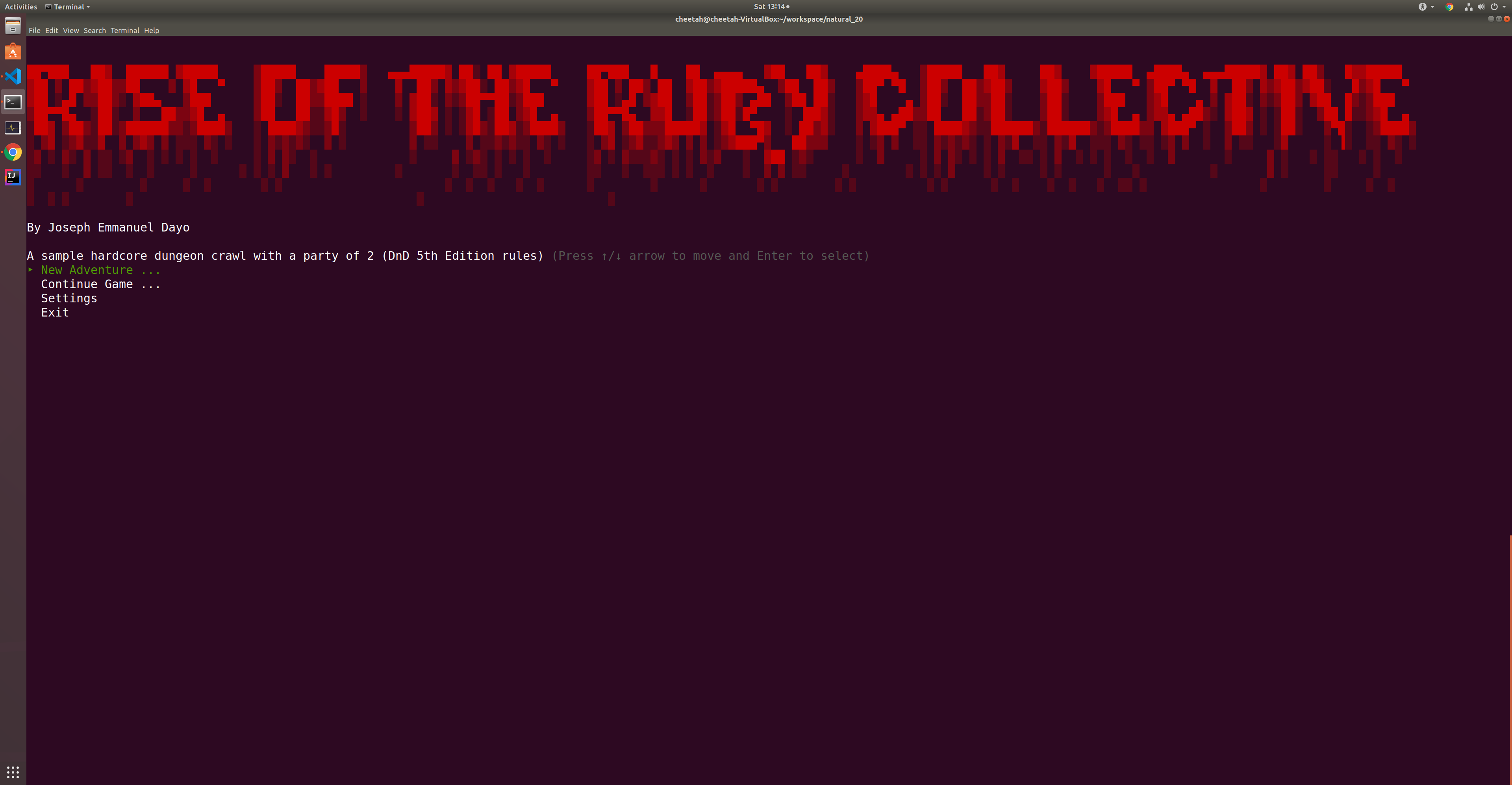 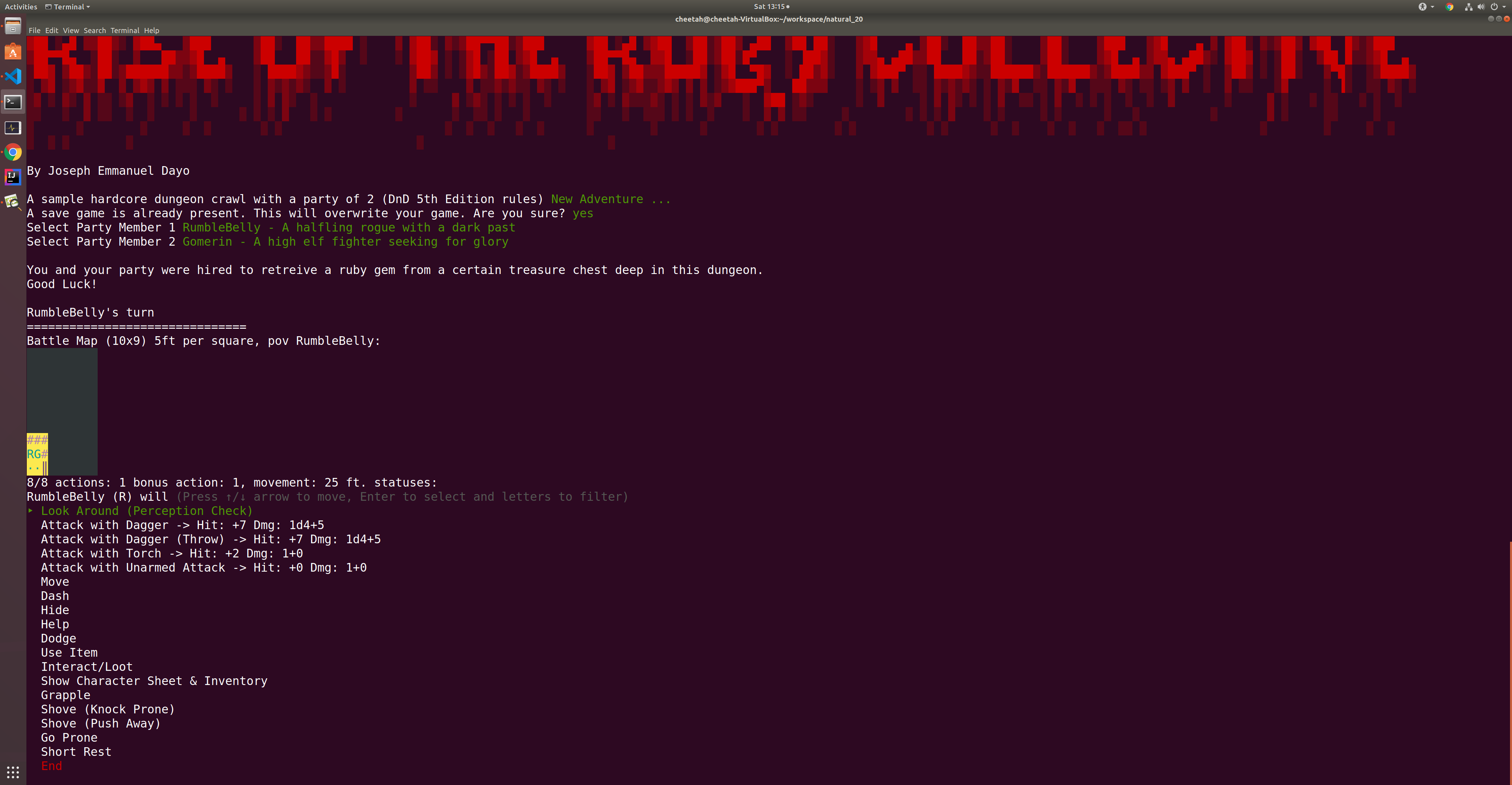 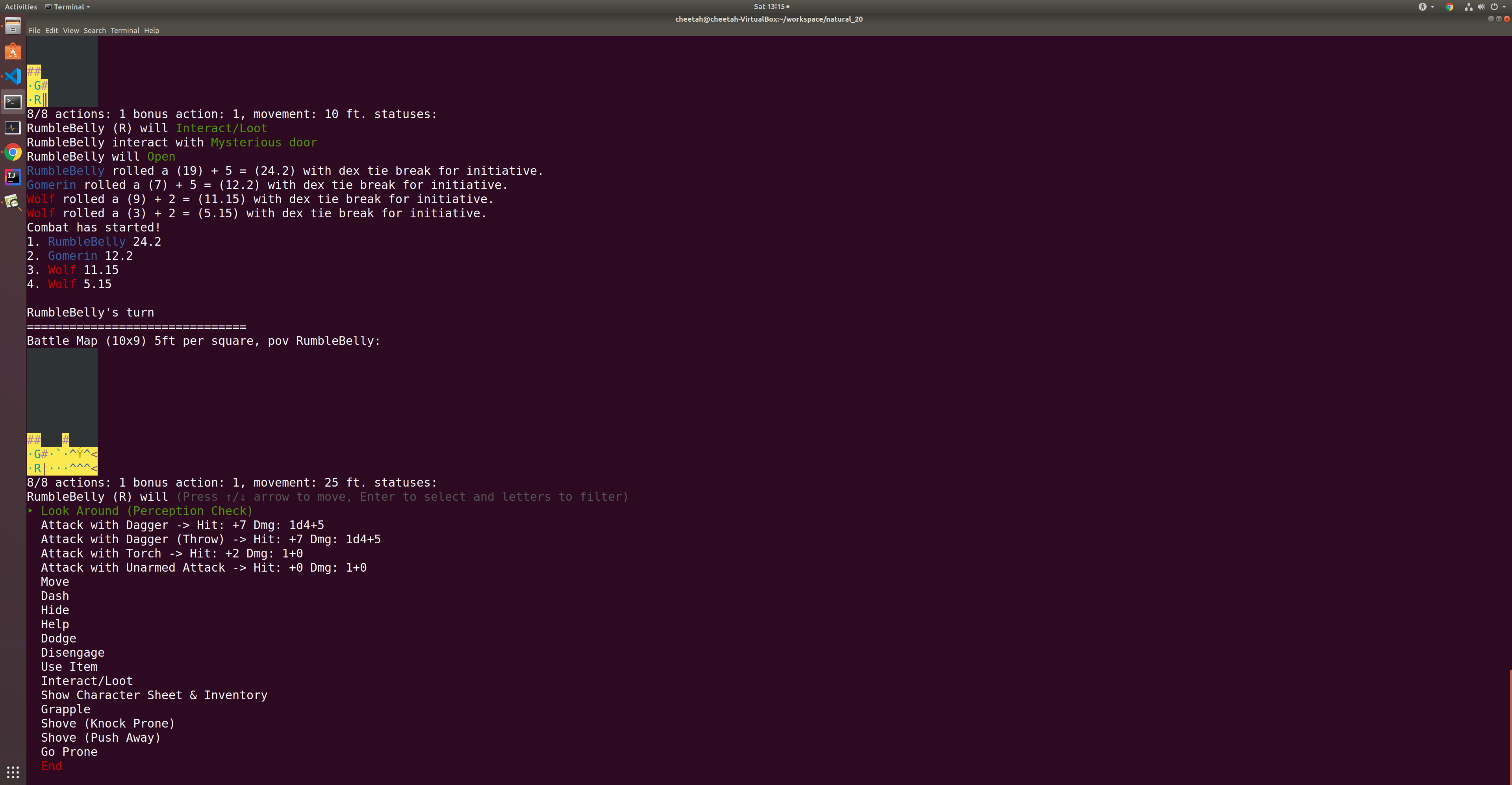 Creating your own adventures

You can generate a skeleton adventure using:

A prompt based system will launch for you to create your own game.

A map is a YAML file that consists of the following:

Bug reports and pull requests are welcome on GitHub at https://github.com/[USERNAME]/natural_20. This project is intended to be a safe, welcoming space for collaboration, and contributors are expected to adhere to the code of conduct.

Everyone interacting in the Natural20 project's codebases, issue trackers, chat rooms and mailing lists is expected to follow the code of conduct.