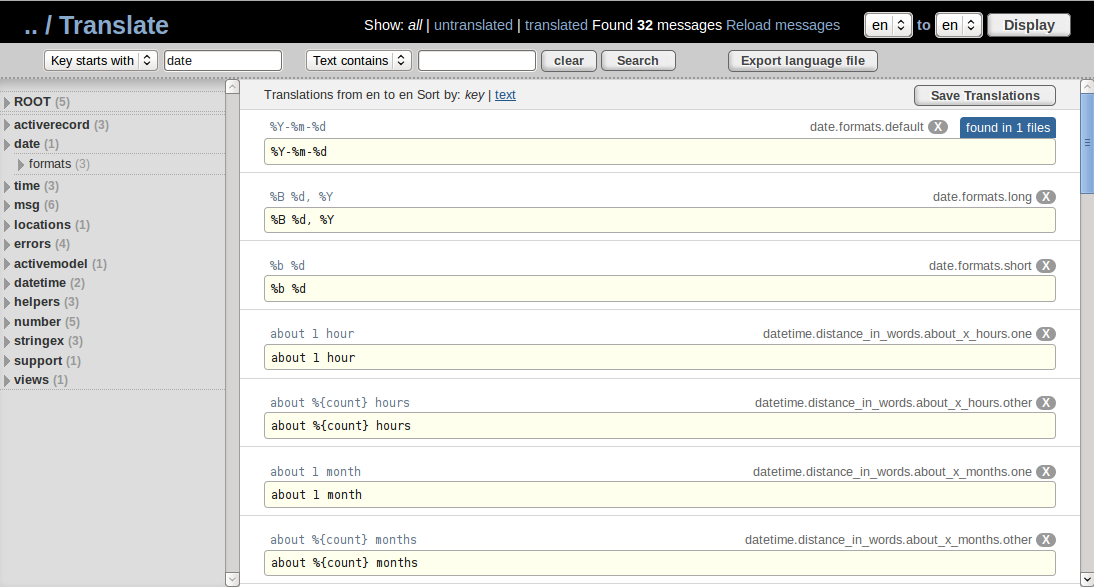 You may want to protect the translation engine to admin and create a constraint in your routes (note that you don't want to mount it when you launch tests):

Then create a config/initializers/admin_constraint.rb containing:

(this example is for devise users, but you can adjust it to return true or false according to your own context).

The database is not used anymore, back to the good old way. So you can remove the table rails_i18nterface_translations (v0.1.7) or translations (< 0.1.7).

It was originally created by Peter Marklund and Joakim Westerlund @ mynewsdesk and later adapted to rails 3.0 by Claudius Coenen. This version is a spin-off of Claudius Coenen's version by Larry Sprock. It was renamed, refactored and prepared for rails 3.1 as an Engine. Over this work Michal Hantl made a bunch of nice UI modifications on his fork. Since then it was more or less abandoned.

I took over the evolution with some new features:

Check the Changelog for details about further changes.