This library is no longer maintained. Capybara itself included the same functionality.

The delicious combination of RSpec and Capybara for Acceptance BDD 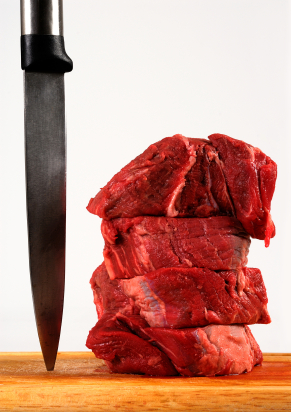 Steak is a minimal extension of RSpec-Rails that adds several conveniences to do acceptance testing of Rails applications using Capybara. It's an alternative to Cucumber in plain Ruby. This is how an acceptance spec looks like in Steak:

No givens, whens or thens. No steps, no english, just Ruby. The delicious combination of RSpec and Capybara. That's Steak!

If, after all, this is just RSpec + Capybara, why does Steak even exist? Do I really need it?

NOTE: The current version of Steak (2.0) assumes that you're testing a Rails 3 application, with RSpec 2 and Capybara. For Rails 2, RSpec 1 or Webrat you should use Steak 1 (or consider upgrading to non-obsolete technologies ;P)

It's super-easy to get you started. Just add the gem to your Gemfile…

…and then install the gem and run the generator:

You're now set up! Note that Steak is the only dependency you really need, you can safely remove any reference to capybara, rspec-rails or rspec from your Gemfile, they will be included by Steak. Also note that, unless previously executed, Steak will run the RSpec generator so you don't need to invoke it.

Take a look now at the default directory structure you've got under spec/acceptance. It will help you organize the helpers and configurations for your acceptance specs.

You can create your specs by hand, however you may prefer to use the generator:

Steak was created by Luismi Cavallé and improved thanks to the love from: