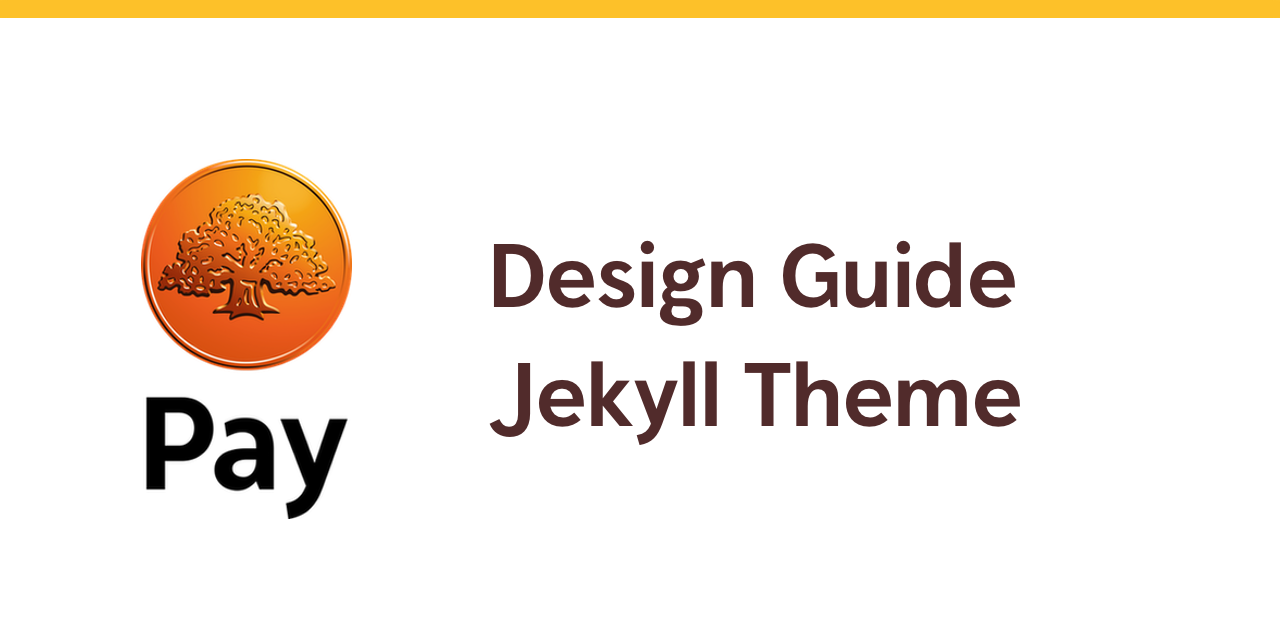 To view this theme, browse to swedbankpay.github.io. If you'd like to host it locally on your computer, you have two options, manual install or Docker. The Docker installation is the one we recommend to use for its simplicity.

Jekyll should now be fired up with this theme. You can now add pages, documents, data, etc. like normal to test your theme's contents. As you make modifications to your theme and to your content, the site will regenerate and you should see the changes in the browser after a refresh, just like normal.

When the theme is released, only the files in _layouts, _includes, _sass and assets tracked with Git will be bundled. To add a custom directory to your theme-gem, please edit the regexp in swedbankpay.gemspec accordingly.

Bug reports and pull requests are welcome on GitHub. This project is intended to be a safe, welcoming space for collaboration, and contributors are expected to adhere to the code of conduct and sign the contributor's license agreement.

The code within this repository is available as open source under the terms of the Apache 2.0 License and the contributor's license agreement.