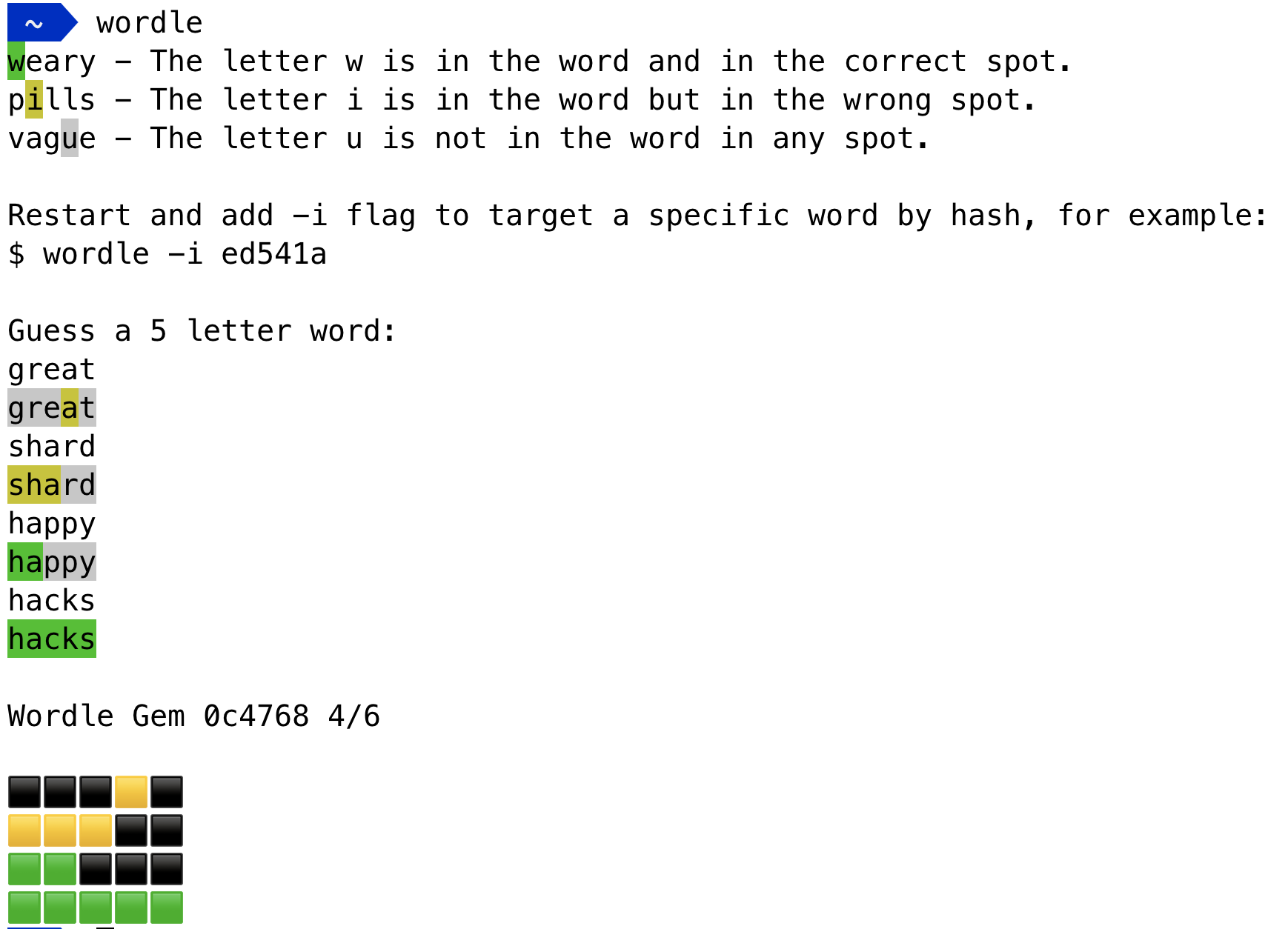 This version will pull a new word at random every time you run it from a very weird and long list. It's much more difficult than the original due to some of the words being a bit uncommon.

Bug reports and pull requests are welcome on GitHub at https://github.com/JonathanWThom/wordle. This project is intended to be a safe, welcoming space for collaboration, and contributors are expected to adhere to the code of conduct.

I cribbed my word list from the Wordle site itself. I have no association with the site, its creator, or the New York Times - I'm just a fan!

Everyone interacting in the Wordle project's codebases, issue trackers, chat rooms and mailing lists is expected to follow the code of conduct.