It guesses your guesses based on all those little square emojis that we now love to share.

Given your Wordle share, the decoder will spit back the five-letter words it thinks you played with some degree of confidence.

Have Ruby 2.7 or later installed, then run the following at the command line:

After installing the gem, run wordle_decoder at the command line like so:

You'll then be prompted to confirm the word of the day, or if it couldn't figure it out, you'll be asked for it. After that, it'll try to guess your guesses. 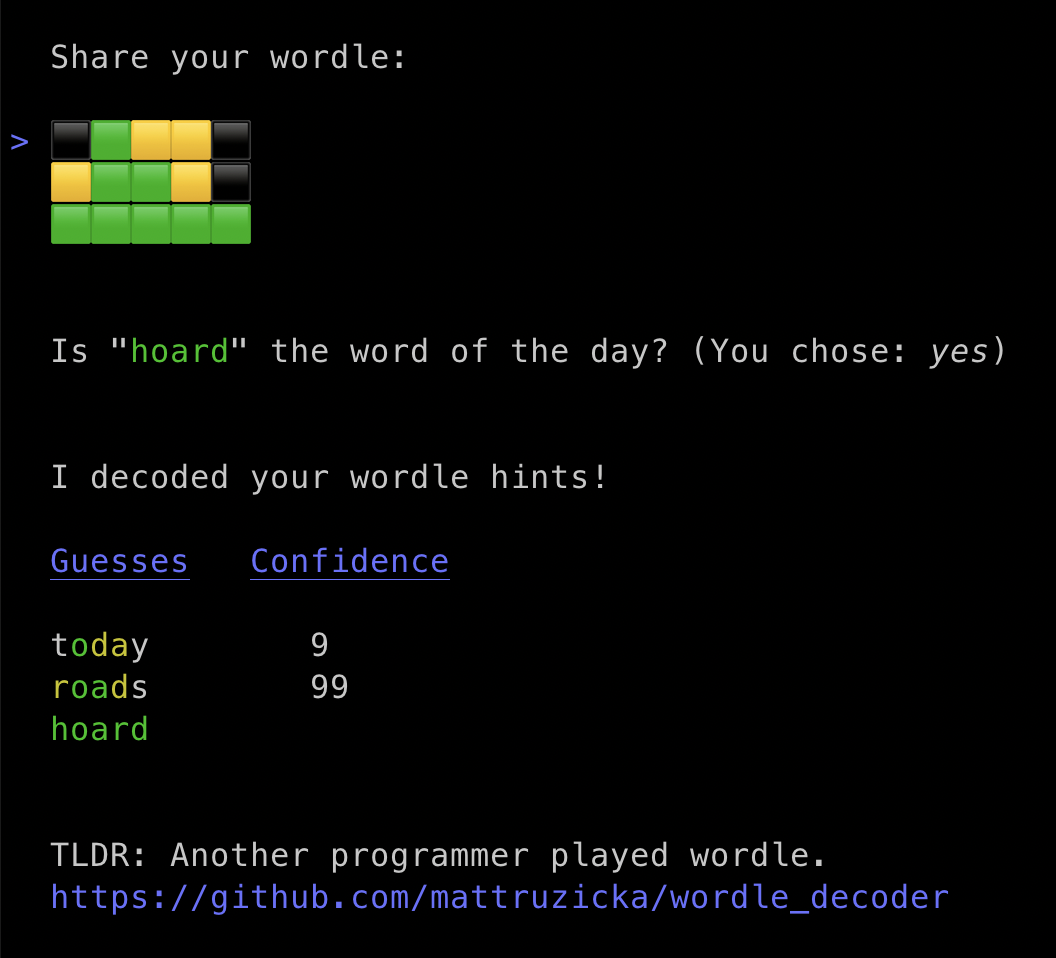 I wasn't sure if something like this was possible and thought it'd be a fun project to build. It does a pretty good job, at least some of the time... I built an excuse to play Wordle.