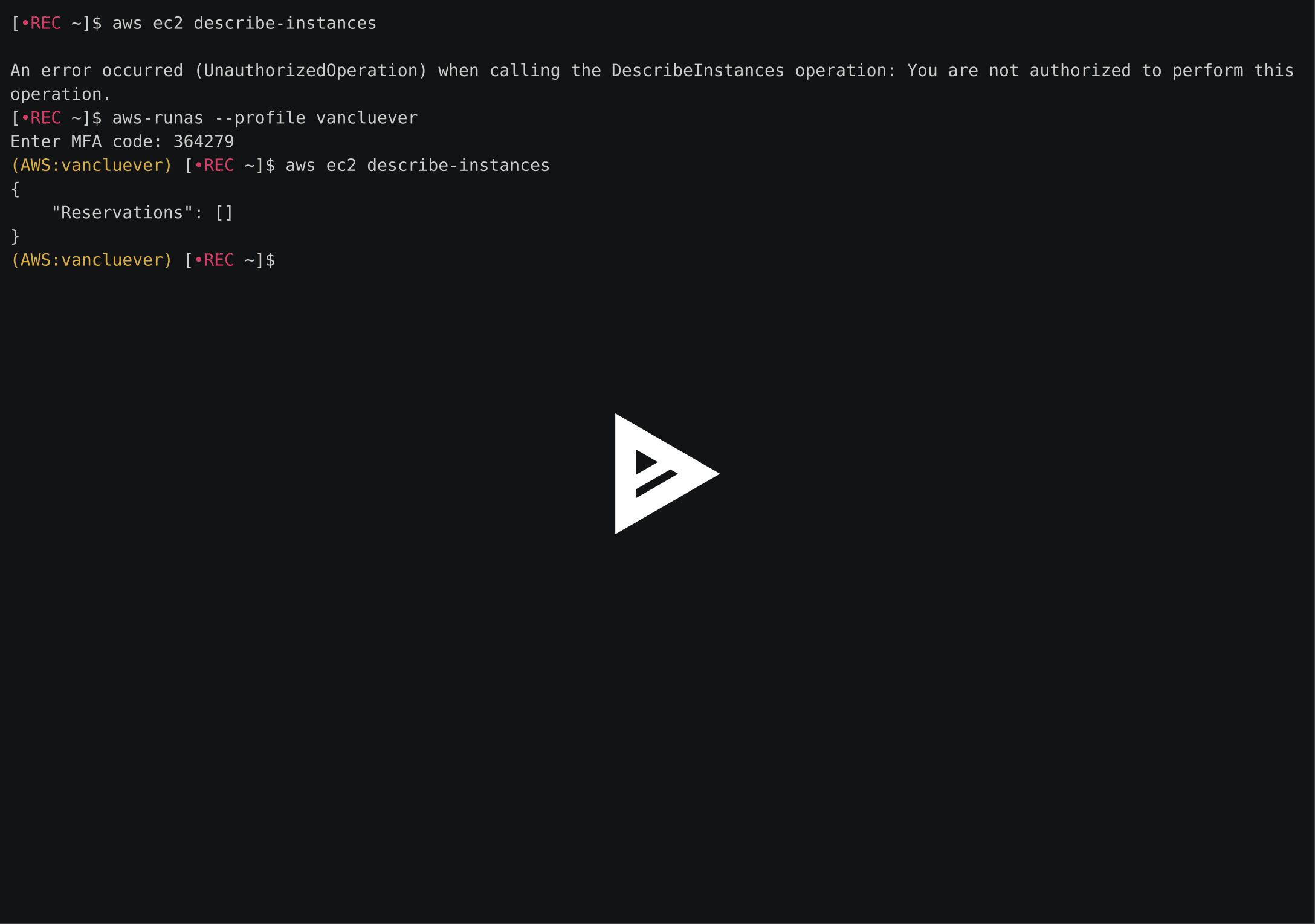 The problem: You manage AWS across several different roles and need to use tools outside of the regular aws-cli toolchain.

There are a few other tools and shell scripts out there that do the same thing, but there are some differentiators in this gem:

Roles are assumed, or session tokens are simply acquired (if --no-role is specified) via the AssumeRole or the GetSessionToken AWS STS API calls. After this, your command or shell is launched with the standard AWS credential chain environment variables set:

In addition to the above, the following environment variables are set to help you gather additional information about the role and environment you are running under:

If you use aws-runas without any options and your default shell is Bash or Zsh, a colorized prompt will appear with the profile that is in use if a role is assumed, or a simple (AWS) indicator added to the prompt if a session token is only obtained. See the video at the start of the doc for a demo!

2 functions currently get exported when you run under one of the two supported shells:

If you are doing your own prompt customization based on aws-runas data and don't want the prompt modified, you can supply --skip-prompt to skip the prompt modification. The aforementioned integration functions will still be available to you however, which you can use in your own scripts.

Install the gem (gem install aws_runas), and the command can be run via aws-runas via your regular $PATH.

--path is optional, and if omitted will default to the files in the following order:

aws_runas works on Windows platforms, but YMMV. The gem has been tested lightly on Cygwin and MSYS. Cygwin works great if you use the self-contained Ruby ecosystem. Operating on MSYS or bare Windows will probably work as well as any other Ruby gem. Running on WSL has not been tested, but as long as you can get the minimum required Ruby version on it (currently >= 2.2.6), it should generally work.

Running aws-runas on native Windows may require the installation of a CA certificate bundle. To do this, you will need to get the certificate bundle from somewhere like here and set your SSL_CERT_FILE environment variable to go to the file.